Come along with us

Stay up to date with our journey. We will need your help as we are off to build a safe new world in space! 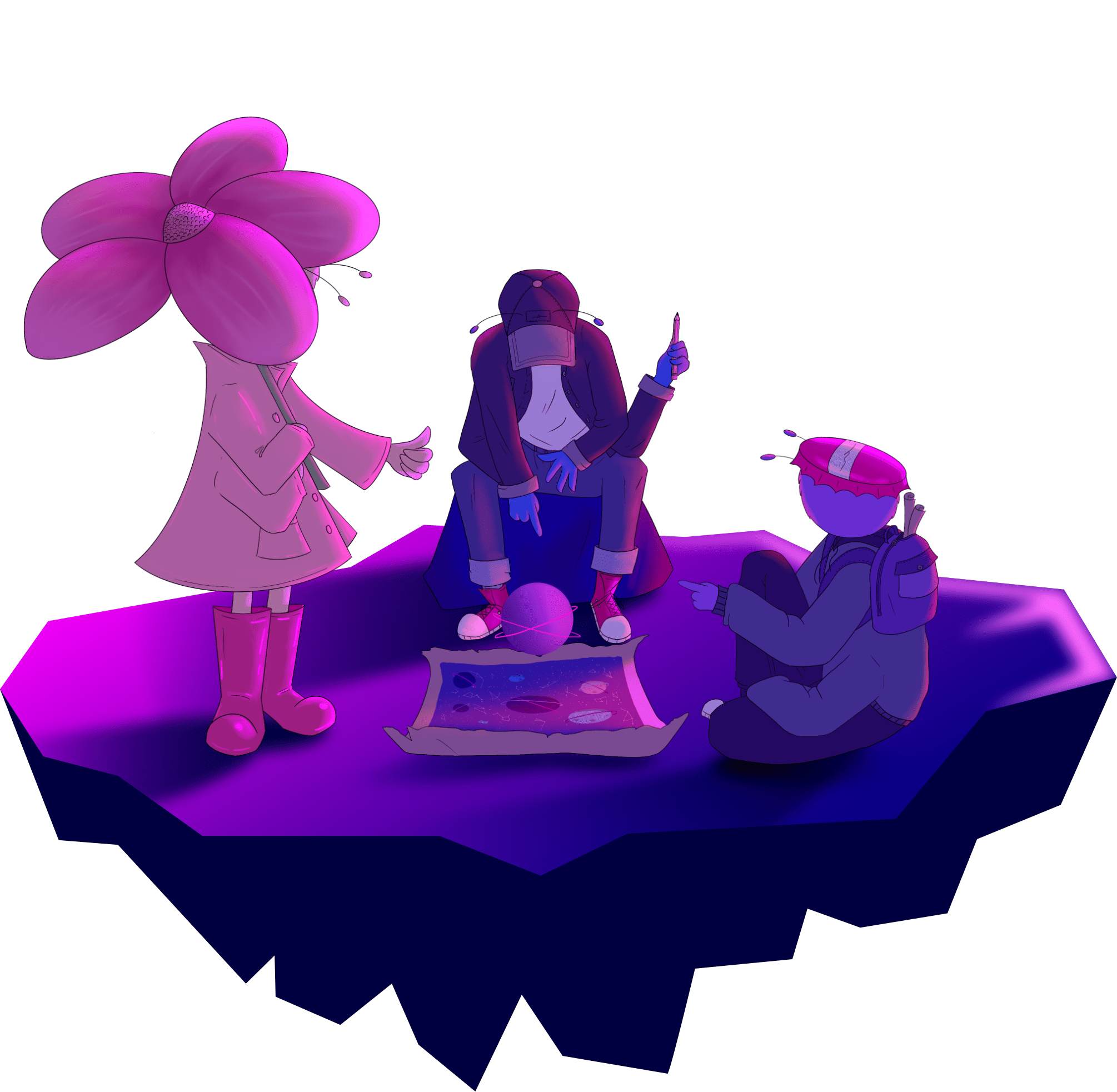 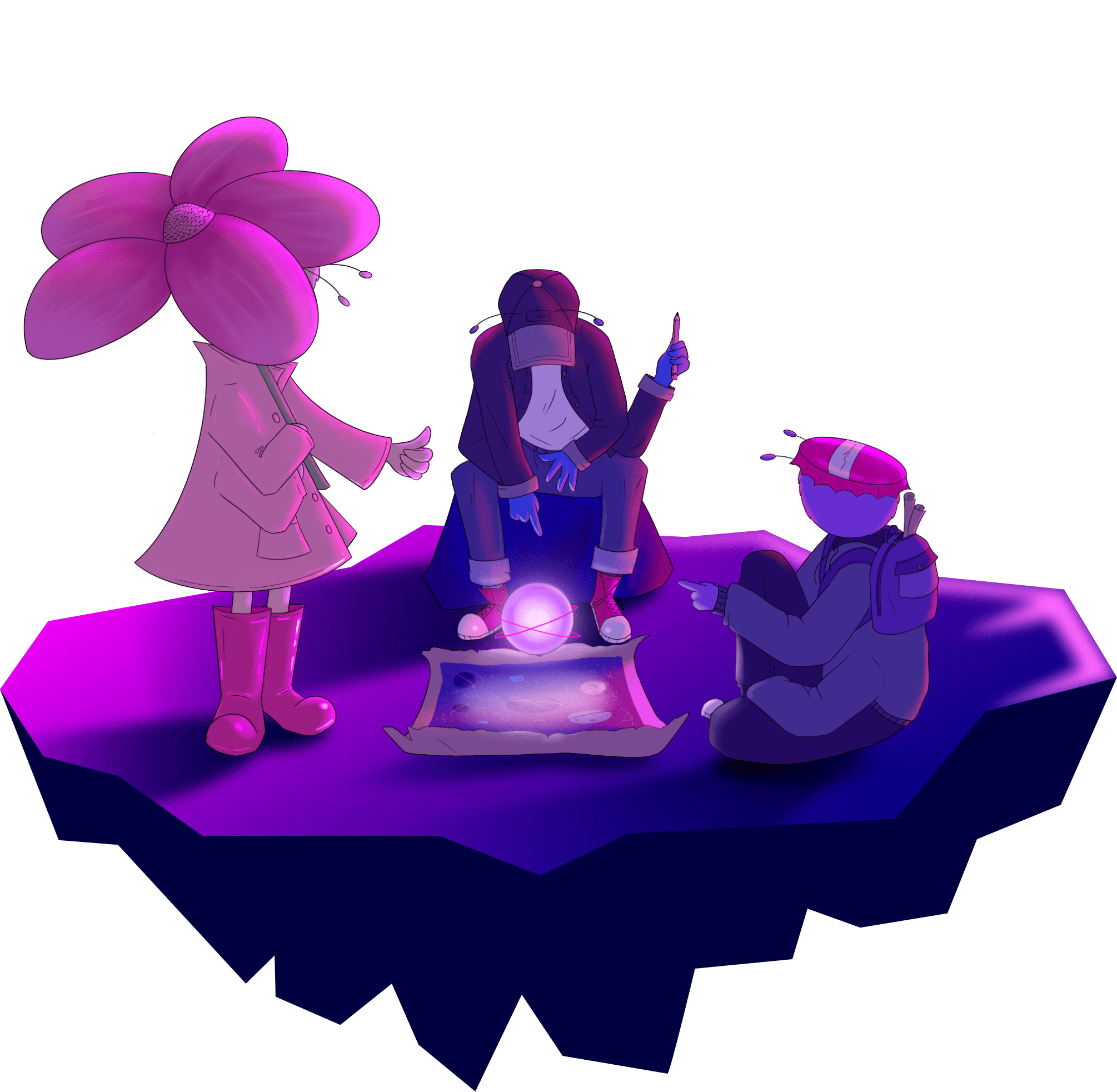 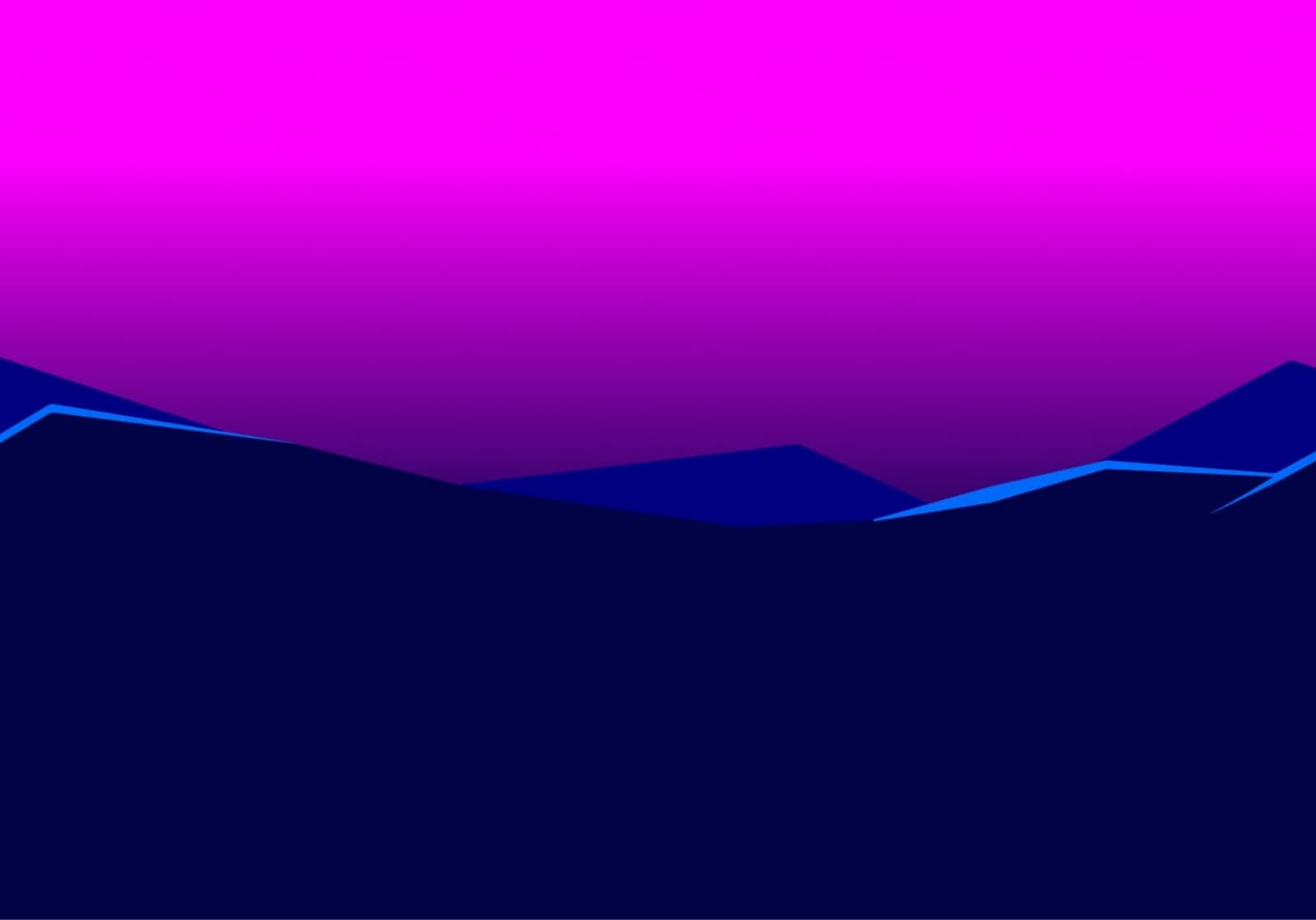 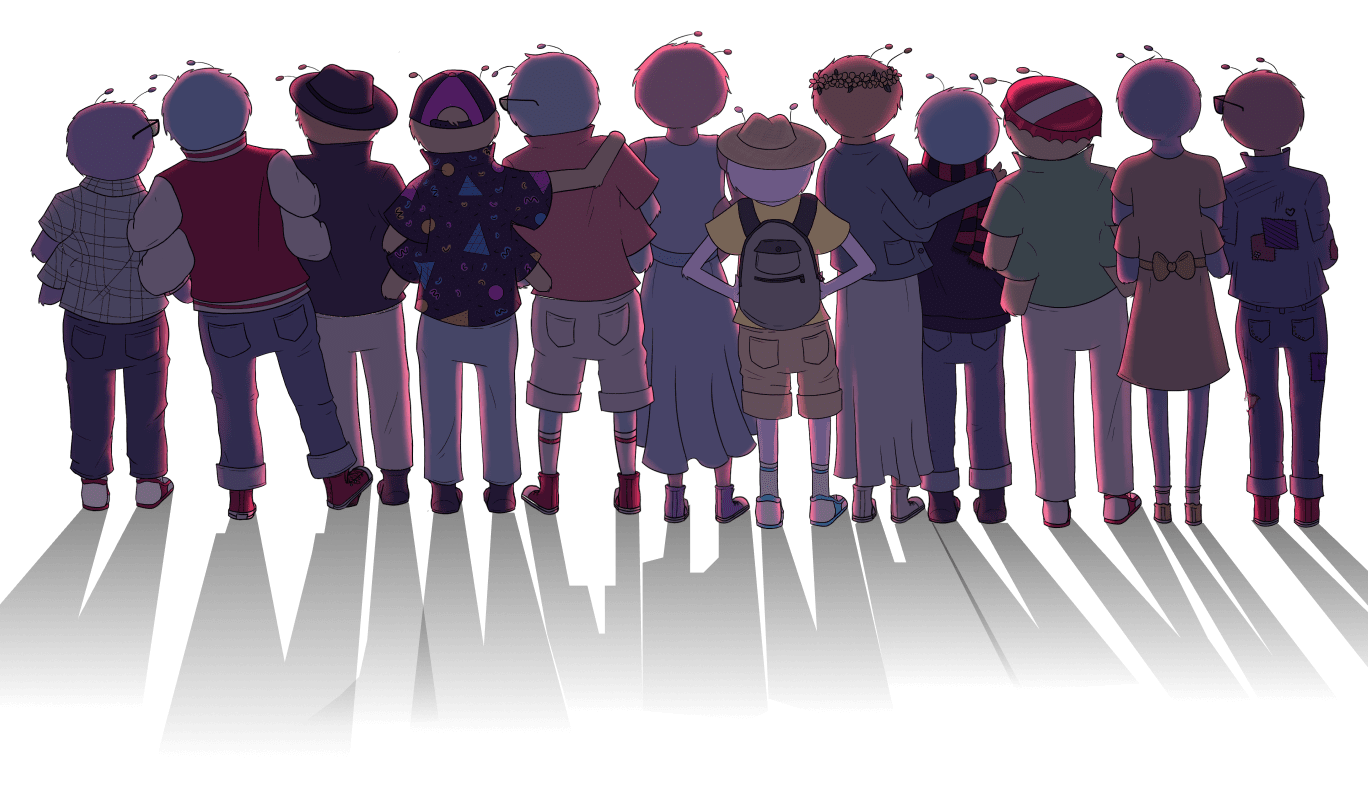 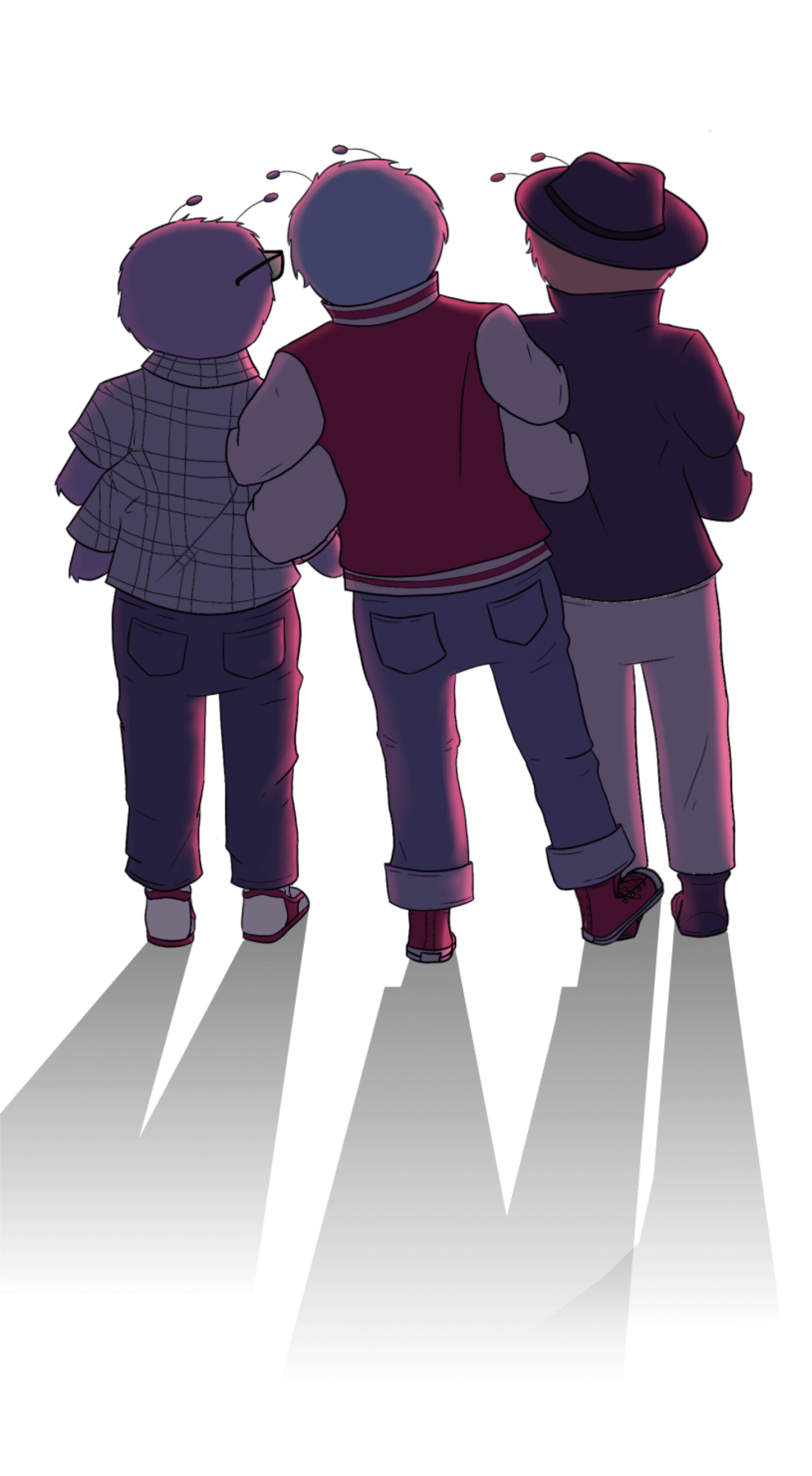 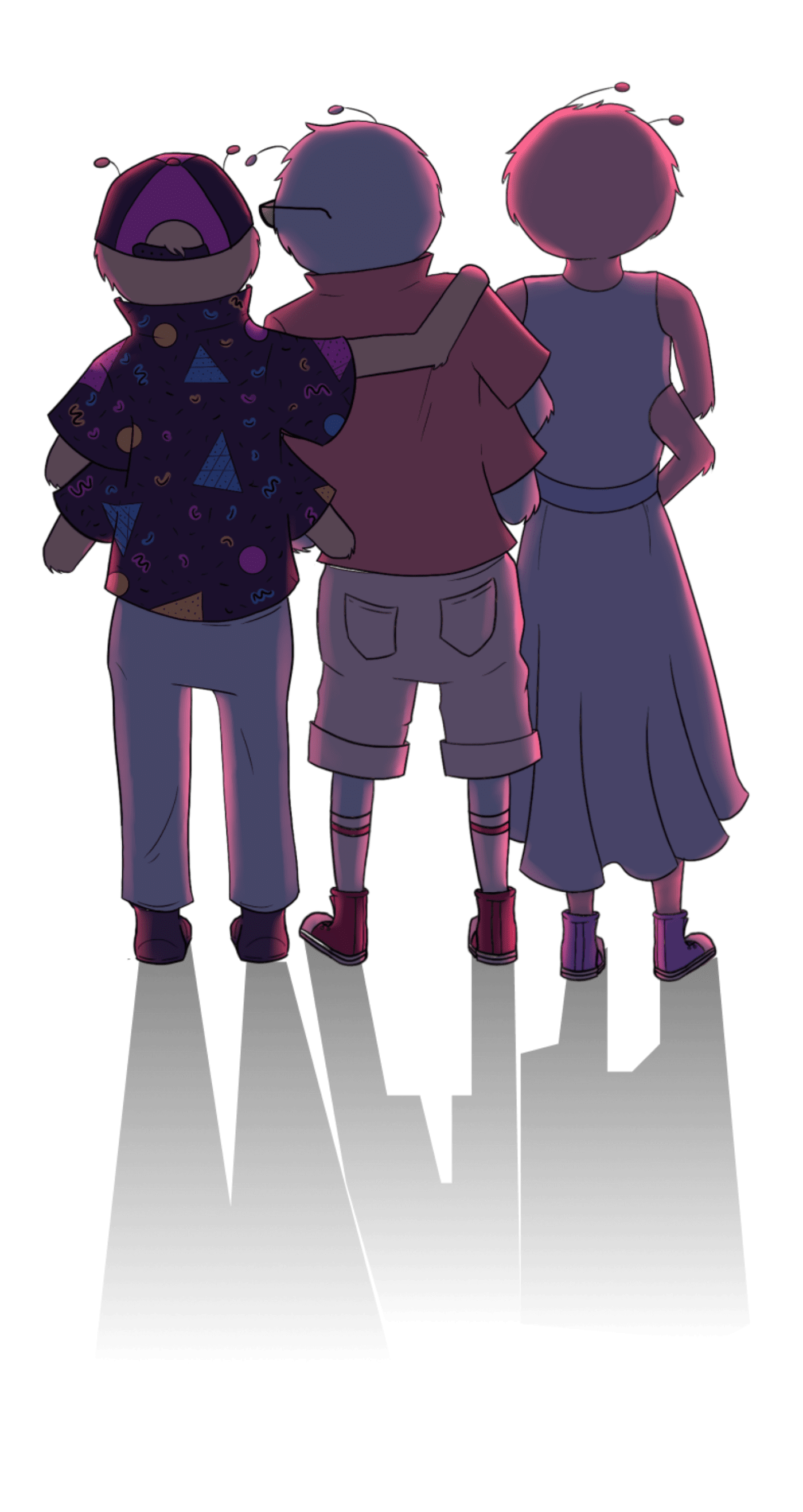 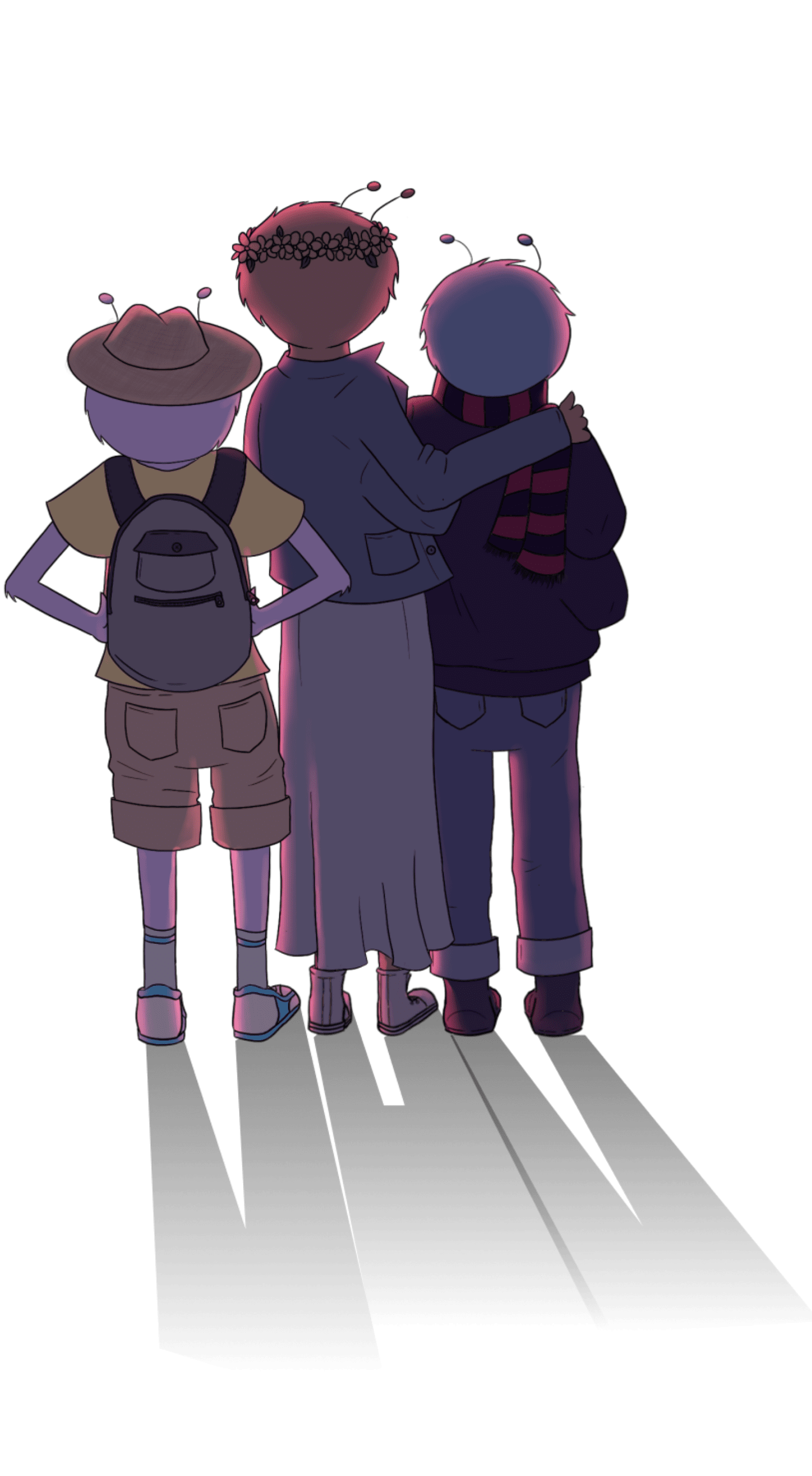 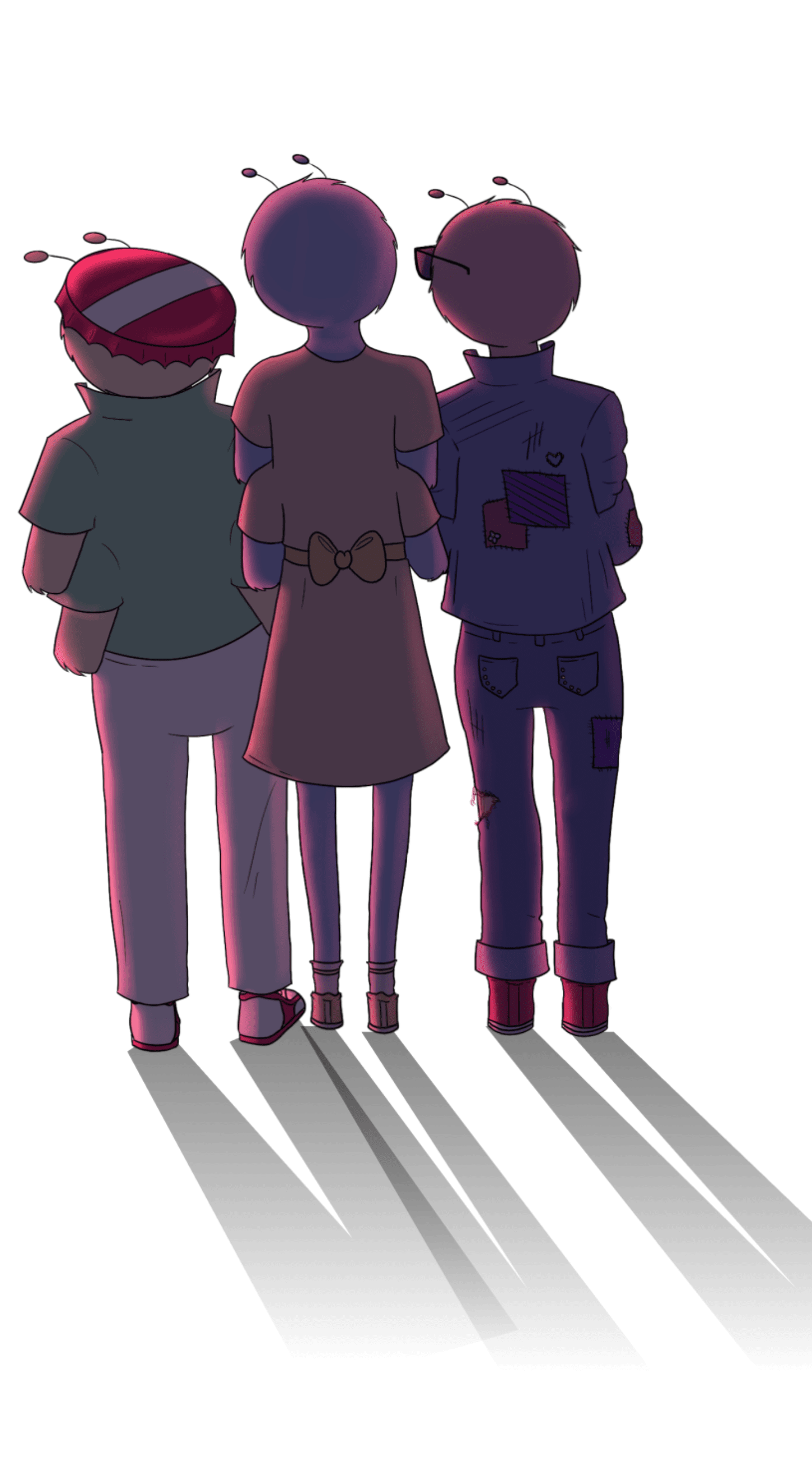 The year was 2020. In a single, emergency message broadcast to all inhabitants, it became clear that Earth as we knew it was beginning to change forever. After each passing day things just continued to get worse and worse. Crime, Hate, War, Greed, Weather, Sickness – Everything that could possibly go wrong did. Ultimately, these tragic events began to take over the humanoids inhabiting their planet. It was a dark time.

By 2022, Earth was no longer a safe place to live. And the need for a fresh start was undeniable for those who had the intelligence to recognize it.

In a small corner of the world, a group of lab-generated and experimental humanoid hybrids code named Species 4321 began to develop. Their keen sense of purpose and awareness gave birth to an extreme collective intelligence inside of their growing community.

As the world around them tore itself apart, one lively 4321 by the name of Arthur T. Elliott gathered together his closest companions and began to map-out a plan to establish a safe, new habitat. He would call this group of companions The Council of Elders.

Along with his dear friend, historian and First Councilor of Elders named Cornelius Comet, Arthur gathered up anything and everything he could find to guide his fellow humanoid hybrids to safety.

First on Arthur’s list was to name his unnamed species. He recognized that concepts like: Friendship, Community, Inclusiveness, Encouragement, Morality, Grit, Giving and Fortitude all represented what Species 4321 stood for, as well as what they wanted to preserve in a safe, new world.

Arthur and Cornelius searched the history books for names that spoke to those values and landed on Fuzzies: a peaceful, cheerful and descriptive word that embodied everything they wanted to be known for. No longer would this amazing community be referred to simply as Species 4321. They would forevermore be known throughout the galaxy as Fuzzies!

Arthur, Cornelius and The Council of Elders began their journey into space on June 14th, 2022, powered by Blockchain. Their mission: to map-out a roadmap that would lead them to a safe new world!

As they now travel safe through space, Arthur and The Council of Elders want to bring as many beings with them as possible. Arthur and Cornelius have identified a way to include 10,001 Fuzzy PFPs on their journey to their safe, new world.

Upon landing in their safe, new world, Arthur, Cornelius and The Council of Elders will not be able to build alone. Each of the 10,001 Fuzzies will have a say in everything that is built.

Arthur has a dream, a clear vision and wants all who read this to join him in this journey! Profit and Safety will be had by all. Fuzzies is a true community based on real actions, real worth and real purpose. All Fuzzies will enjoy the fruits of their labors. Together, we will build a truly safe, prosperous and inclusive new world. #WeAreSafe

Arthur T. Elliott has spent the last 24 years as a leader in tech. He has been a part of every technology revolution, from Web 1 to Web 3 and everything in-between. He has led the way, with numerous innovations and IRL applications.

Arthur holds several patents in SDK, App Integration and Medical Advancements. He brings his vast experience and leadership capabilities to navigate the Web 3 world. As The Navigator, Arthur will guide the Fuzzies to create a safe new world.

Apart from his aforementioned experience and accolades, Arthur loves animals, spending time with his amazing family, friends and coaching some of the most elite influencers on the planet. Oh… and one last thing: Arthur T. Elliott is a total sci-fi nerd who may or not have every single episode of StarTrek memorized. ALL of them lol. #WeAreSafe

Cornelius Comet lives at the nexus of technology, entertainment, art, culture, history and business. As Keeper of the Scrolls, none are better suited to protect, prolong and prognosticate the Fuzzies World than he.

Cornelius' deep knowledge of the past allows him to see the future and work toward bringing that future into the present moment. For more than 15 years Cornelius has created cultural movements, produced large festivals and birthed numerous events. He is obsessed with bringing incredible beings together, especially when those beings otherwise would never have met to begin with.

Fundamentally, he is a curator of all things cool and interesting. When he's not discovering or creating the next big thing, you're likely to find Cornelius enjoying his latest form of transportation and drinking way too much coffee. #WeAreSafe

Megan Parrie is the youngest of the Fuzzy explorers, as she is just 16 years old. She is one of the most artistically gifted Fuzzies on this exploration team and is the creator of all the soon-to-be launched PFPs.

This will be the first time in Megan's young life that her work is shared with the galaxy at large! Megan loves to learn, create, and share her passion for art with the world.<

She has excelled in school and risen to the top of her class. Her communication skills are second to none; and, her understanding of the Fuzzies' way of life is something all aspire to achieve. She was hand-picked by Arthur T. Elliott as the one to create all the Fuzzies that will be landing so very soon! #WeAreSafe

Dana Malkin is an entreprenuer and full-stack web developer who currently resides and works in Phoenix, AZ. Founder of Malkin Made Custom Websites and a rental real estate company, he is an avid designer/builder at heart. You can always find him constructing new projects in both digital and physical spaces.

Hunter Orrell is a preeminent Web3 Investor, Entrepreneur and Influencer in the creative space.

Shira Lazar is a Canadian television personality, actress, writer, and video blogger who currently resides and works in Los Angeles. Lazar's writing has been featured on Hollywood.com, CBSNEWS.com, MSN.com, and others, and she has appeared as a host or as a guest at The Oscars (online red carpet host), CNN, Fox News, The Grammys, Yahoo! (Entertainment Host), Channel Q or EZ-103.1 She is also the creator, executive producer and host of What's Trending. It consists of a blog that is updated daily, as well as a live interactive talk show covering the most popular videos on YouTube that airs daily on WhatsTrending.com.

Daniel is a Penguin Randomhouse Bestselling Author, Entrepreneur and Web3 Influencer. He writes regularly for business publications like: Inc, Forbes, Entrepreneur and others. He is also the founder of Alpha Mentorship and the director of the Profit Paradigm accelerator for agency owners. Daniel regularly interviews Web3 influencers and luminaries on his podcast, “The New Wave”.

Jordan Harbinger is an American podcaster and radio personality. In early 2018, Harbinger split from his former partners, left The Art of Charm podcast, and started a new podcast under his own name. The new show, The Jordan Harbinger Show, was listed by Apple as one of the most downloaded new shows of 2018 and brings in seven-figure numbers in revenue each year. Harbinger interviews scientists, entertainers, athletes, artists, leaders, and spies; he also provides self-help advice in professional networking, social skills, human dynamics, social engineering, and psychology. The Jordan Harbinger Show releases episodes three times per week and receives over six million downloads each month and 250,000 downloads per episode as of 2020.

Lora King is the Founder and Executive Director of The Rodney King Foundation, a 501c3 Organization which focuses on helping people get along. Lora continues to drive her father’s legacy forward by spreading his enduring message of bringing people together. Lora and her incredible work have been featured in countless publications, news outlets, television stations and radio stations.

Christpher McDonald is the Founder of Connections First, a firm dedicated to talent booking and public relations. With almost two decades of experience, Chris brings to the table an extensive network of connections and opportunities. It’s not just my network, but the actual relationships he builds. Going beyond merely booking talent, Chris has worked with everyone from high profile billionaires to celebrities to small businesses to identify, strategize, and build bridges that develop not just into relationships but new ventures never before imagined.

Abby Schreiber is a writer and editor with a decade of experience in media. Most recently, she was the Executive Editor at PAPER Magazine where she oversaw the publication's quarterly print issues top to bottom, writing and editing stories in the entertainment, fashion, internet culture, politics and activism realms, among others. While at PAPER, Abby wrote news-making cover stories on Amanda Bynes, DJ Khaled and Bella Hadid; landed a rare interview with Lance Armstrong that explored his life in the decade since coming clean; and collaborated with talent like Colin Kaepernick, Rihanna and Lady Gaga to produce compelling, attention-grabbing covers and issues. In addition to PAPER, she has written for publications like New York Magazine, Numéro, Vogue, BlackBook and VICE. She lives in Brooklyn.

Dorcy is the Founder and CEO of Conscious Co-Parenting Institute, a Dorcy Inc. Company and a prolific Web3 Investor. Through reunification coaching and co-parenting education, Dorcy provides strategies and solutions for parents and children to reconnect, or stay connected, during and after a high-conflict divorce. The primary focus of Dorcy’s work at the Conscious Co-Parenting Institute is high-conflict custody disputes involving "Parental Alienation" - which is a term often used to describe child psychological abuse as a result of pathogenic parenting. Her goal is to help establish custody plans and co-parenting roles that encourage positive relationships between children and BOTH parents.

Jarod Octon is a Southern Californian based art director, illustrator and designer who specializes in creating sci-fi and fantasy themed artwork. When he’s not creating vibrant space vibes for your eyes, he’s happily busy raising his son, Orion, alongside his wife, Natasha. You can usually catch him and the fam stomping through Disneyland or exploring the best foodie destinations around town. In an alternate reality Jarod was probably a DJ, given how much he loves curating Spotify playlists. He also dreams of one day creating a postage stamp for the USPS and collaborating on something special for NASA. Check out his work at jarodocton.com.

Justin Floyd is a seasoned Product Designer that has found a niche working at startups. His passion is designing unique and eye-catching software products, across mobile and desktop. He also has a passion for creating experiences in the exciting relationship between software and hardware. When he’s not designing on his computer, you’ll catch him traveling and making unforgettable memories with his wife and two daughters, jamming on his acoustic guitar, being a handyman around the house or cooking up a new recipe - right now it all revolves around Indian food. Of course, regardless of where he is, you’ll usually find him with a Coke Zero in his hand or a great local IPA (after 5pm of course ;).